The Illusion of the Spiritual Path

We make an assessment of who we are and how we fit into this life and how we’d like to fit in. We then make an effort to change the Self we perceive ourselves to be into who we would like to be. That movement – to try and create change – is the essence of ‘the great path of becoming’. 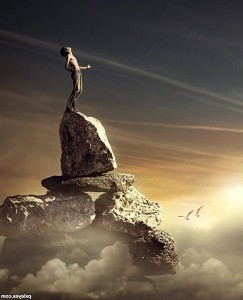 Our motivation instead turns more toward the things that are often referenced as metaphysical practices, and ‘the great path of becoming’ transforms into trying to become clear, clairvoyant, free, enlightened, to become one with God. For many who quest for the metaphysical, this then occupies their efforts, concentration and practices of life.

However, these intentions – from the pursuit of the mundane to the pursuit of the esoteric – are all viewed as the same from the spiritual level. They’re all part of our involvement in time and space and our attempt to become what we want to be in the world. Eventually, we all wake up to the realization that we are that which is beyond time and space. We are that which we call Divine, and we are one with all that is – one with God. When that awakening happens, there is the realization that we have always been.

The realization of oneness changes our experience and expression in this life. It is not necessarily in an outwardly dramatic way, but in an internal way where there is a anent shift in how we relate to, and approach, this world. A lot of the seriousness with which we approach this level starts to fade for us because on another level, we know it’s all a game. We can be ardent about the game or we can be casual about the game, but it’s still just a game. And so the “achieving” and the appearance of transformation that we’ve often sought in our spiritual quest is recognized as not real. There is recognition that this human condition is not reality, that it is transitory, that the permanence is beyond it, and we realize that we are that permanence. 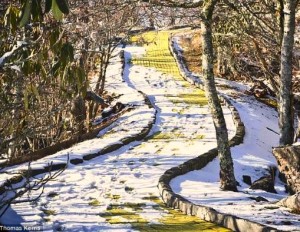 We can go on and pursue things and play in the world, but it is never quite the same. There is always a part of consciousness that’s outside of the search and the game. We can still get involved in the game, and for those moments we can live as if the game is real but it won’t sustain us the way it has before. The ambitiousness in us that has been the fuel of our human experience for so many lifetimes, eons perhaps, loses its sustaining power.

So the process of “becoming” eventually collapses and in some ways the human experience is fundamentally undone. But it’s not that the path of becoming ceases, it’s just that we relate to it differently and our attachment level changes. We still have the human condition and with it we still have our preferences, but we know that “preference” is different than “necessity”. We start to recognize that what we prefer is simply what we prefer, and what is necessary is what we already have, what we already are and what we have always been. We are always only divine.

This entry was posted in Michael Hayes. Bookmark the permalink.